"This is exactly what I want and expect from a bottle of barbecue sauce. It has a super thick consistency that is perfect for dipping, but it is viscous enough to use as a grilling sauce over chicken or pork as well. It veers towards the sweet honey side in terms of flavor, but it has just enough spice to keep things interesting. I will definitely be keeping this BBQ sauce around for dipping the next time I make oven baked sweet potato fries."

"This thick sweet sauce is great for grilling and broiling. It has the perfect consistency to stick to ribs and chicken. The original recipe has a harmonious blend of fruity and sweet notes, combined with tangy spice. For anyone looking for a classic barbecue sauce that will taste great on any dish, this sauce is the right choice."

"The Original BBQ Sauce from Pendleton had two of my favorite qualities of a great barbecue sauce: a smooth texture and a little bit of a kick! You can definitely taste the complexity of flavor here, and one look at the ingredients list will show you why this barbecue sauce stands apart from all the rest. Not only does it feature the typical flavors like tomato, vinegar and Worcestershire, it also has some hints of special flavors like tamarind, coriander and molasses. This sauce would taste great on grilled meats and really hits its stride when served warm. If you're looking for a barbecue sauce that strikes just the right balance between smoky flavor and firey heat, this version from Pendleton will be right up your alley!"

"Pendleton’s Original BBQ Sauce was the ideal barbecue sauce to ease me into cookout season. I’m not particularly drawn to sauces with too much of an extra kick, so I was pleasantly relieved to find that this one had a distinctly sweet aftertaste. If you’re looking for a family-friendly sauce that your picky-eater kids will surely love, this is the BBQ sauce for you! From cooking to dipping, Pendleton’s Original will appeal to all ages."

"Spicy and smooth, Pendleton’s original barbeque sauce has a smoky yet sweet flavor that is perfect for a marinade or as a quick topping.  Loaded with flavor, you can taste the fresh ingredients they use in every bite.  With a bit of an initial kick, the sauce is perfect for people that like a little zest in their barbeque sauce.  Great if you love black pepper, try this for your next bbq."

"The nearly-creamy texture and sweetness of the original makes for a nice taste. It has a nice smoky flavor without being overbearing. "

"If you are a fan of big, bold and spicy flavors, then this is the barbecue sauce for you. It has a thinner consistency that makes it perfect for pouring. As a result this is a great BBQ sauce choice for cooking and marinating. Plus, its stronger flavors would pair well with heftier cuts of red meat in addition to lighter fare like pork chops and chicken."

"Pendleton’s Mesquite Barbecue Sauce is perfect for anyone who likes their barbecue sauce with a kick. When tasting it, it begins with a sweet note and ends with a spicy bite that isn’t overwhelming. This sauce is a bit thinner than the average barbecue sauce, which makes it great for marinating. Pendleton’s Mesquite seems like an ideal sauce for any pulled pork or beef recipe. It’s the perfect complement to a great piece of meat."

"The Mesquite BBQ Sauce from Pendleton has that great subtle smoky flavor that I wish all barbecue sauces would have. It's not overpowering, but definitely does the trick in terms of enhancing the flavor of my favorite meats. Use this mesquite barbecue sauce for your next grilling adventure and you'll see what I mean!  If you need a little something extra from your barbecue sauce, this mesquite variety delivers!"

"Pendleton’s Mesquite BBQ Sauce had a musky, smoky flavor that was like taking a snapshot of summer. Its dark, rich taste would make for a the perfect summer glaze the next time you’re heading out for a weekend barbecue. The texture is thin enough to make it ideal for cooking, yet thick enough to contain a burst of flavor. Plus, it makes for a great dipping sauce if you’re bringing a potato product to your next barbecue. For a sauce that’s really going to put you on alert, see if you can handle the intense flavor of Pendleton’s Mesquite BBQ Sauce."

"Add a southwester flare to any dish with Pendleton’s Mesquite flavor barbeque sauce.    Tangy and full of flavor the, it’s great if you like your sauce to be on the spicier side.  Not as thick as the original sauce, it has just as bold of a flavor and would be a great marinade for wings or drumsticks."

"That kick really adds something that made me take notice." 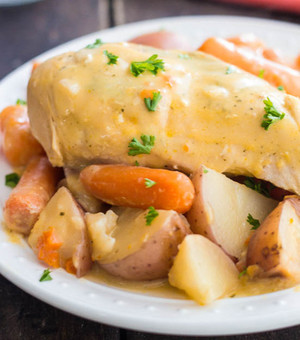 When dinner seems like a chore, you won't be putting in your best work. That's why we're giving you this easy slow cooker chicken… See more Continue reading: "Slow Cooker Creamy Ranch Chicken" 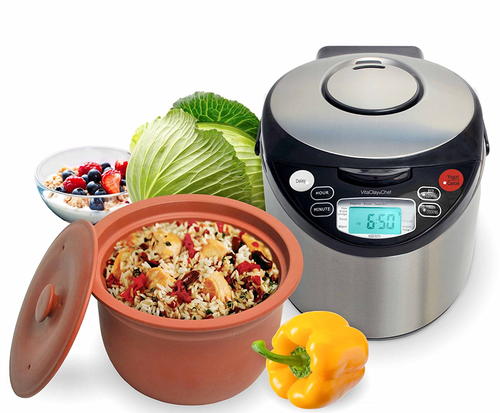 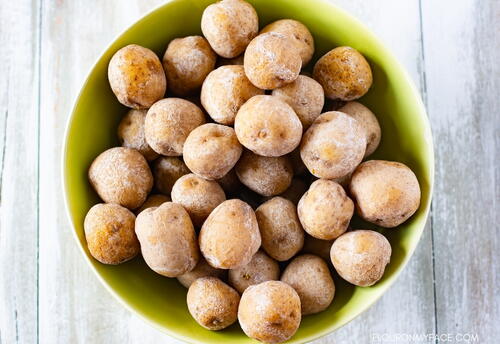