"If you are looking for slow cooker recipes that really think outside the box then this Not Your Mother's Slow Cooker Cookbook is perfect for you. We all know the standard slow cooker recipes, pot roast, chili, soups and stews...but if you're like me and you really want to push the envelope of what you can do with your slow cooker then you'd be as excited as I was to find this cookbook. I can't wait to try the recipe for Slow Cooker Chickpeas (on pg. 202), the Potato Pancakes (on pg. 172) or the scrumptious sounding Double-Corn Spoonbread (on pg. 155). One other cool thing about this cookbook - it has a recipe time conversion chart? So you can convert standard conventional oven times to slow cooker cook times and vice versa, how amazing is that? There are tons of recipes to explore and I can't wait to tackle many this winter season. "

"Right away, I was thrilled to see that the "Not Your Mother's" series has come out with a new book. The creators have a reputation for reinventing the wheel in terms of bland, exhausted recipes, which they transform into culinary masterpieces. Not Your Mother's Slow Cooker Cookbook is the most conclusive and tempting collection of slow cooker recipes I have ever encountered. I had always considered my slow cooker a tool exclusively for making stews and chili, considering my untrained hand often causes anything else to turn into a questionable gray sludge. However, with this new cookbook from Beth Hensperger and Julie Kaufmann, my days of twenty-four hour inedible glue are over. The 350 recipes in the book range from new versions of classic soups and sauces to savory meat dishes, pizzas, fish, veggies, breads, cakes and more! I'm particularly intrigued by the Orange and Honey Chicken Drumsticks and the Venison Stew with Bacon and Mushrooms. The soup recipes like Zucchini Bisque make me want to curl up on the sofa and watch a movie, and the Chocolate Custard Bread Pudding with Fresh Cherries has been calling my name all day! You really can many anything in a slow cooker with the right technique, and these recipes take freshness, flavor, and style to the next level. Never before did I consider "gourmet" and "slow cooker" to be compatible terms. I can't wait to get started on some of these great slow cooker recipes!"

"This Macaroni and Cheese recipe is delicious; I couldn't even tell it was made with whole wheat noodles!  If you enjoy experimenting with your dishes, this is a great base recipe to get creative with.  Try adding some tomatoes, ham or even spinach.  Mac and cheese isn't just for kids anymore; it's a delicious comfort food that everyone is guaranteed to love.  As for the noodles, they were everything you could ask for: tender, tasty and easy to work with.  I know what I'm making for dinner tonight!"

"Macaroni and Cheese seems to be everywhere these days. But unlike some trendy foods, mac and cheese has a classic appeal that guarantees its everlasting popularity. It can be fancy (lobster macaroni and cheese) or it can be decidedly, um, not fancy (blue box, I’m looking your way) but the best part about mac and cheese is that everyone has their own preference. Some like super-cheesy, others like a crispy baked top. My personal taste leans toward homemade mac and cheese, so when I had a chance to try the Macaroni and Cheese from Not Your Mother’s Slow Cooker Cookbook, I was very excited to see just what slow cooker mac and cheese tastes like. And I was NOT disappointed! The whole wheat noodles cooked thoroughly and perfectly in the slow cooker, and the cheddar & parmesan cheeses achieved a delicate balance of cheesy and creamy. I loved the baked crust that formed on the top and bottom layers of this casserole-like dish, and would definitely eat that all by itself! This recipe made me appreciate how delicious simple, homemade mac and cheese can be. It was a big hit!"

"The Macaroni and Cheese recipe from Not Your Mother’s Slow Cooker Recipes was the perfect consistency. Some mac and cheese recipes result in soggy noodles and runny cheese, while others are too hard on top. This recipe was perfect because it was pleasantly cheesy, but the noodles weren’t overly slick from an excess of butter or oil, and it held together in the perfect springy casserole shape. The slow cooker didn’t burn the top, nor did it overcook the noodles. The golden-brown top drew out the flavor of the cheese, but it was not overwhelming because a touch of parmesan eased the poignancy of the cheddar. The noodles remained a satisfying al-dente, allowing the dish to be sliced easily into single-serving cubes without collapsing into an oily puddle. Though it was excellent as is, it might be interesting to see what sorts of variations might be possible!"

"Macaroni - I have always loved the taste of real homemade mac and cheese, but I so rarely find the time or energy to muster up anything beyond the box mixes. What I loved so much about this recipe is that it combines the ease of the mixes with the taste of a classic baked version. Thank heavens for slow cookers! The recipe itself could not have been any easier, especially considering the dish calls for uncooked noodles and no fancy add-ins. The final result was spectacular, producing a thick and rich consistency I would expect from an oven. Overall, I would give this recipe an A."

"Making macaroni and cheese in the slow cooker is super convenient! With this recipe you can make homemade mac and cheese with just as little work as packaged mac and cheese. This recipe is so easy that you don't even have to do any prep work. Just measure the ingredients into the slow cooker and give it a few hours to get this classic comfort food dish. I would recommend setting the slow cooker for a little bit less time than the recipe indicates to get a creamier sauce (the way I like it!) I would also add extra salt and pepper if you aren't concerned about sodium."

"As a fan of all things cheesy, this macaroni really hit the spot with me.  It had the perfect ratio of cheese to noodle and was a great texture.  Some macaroni can be clumpy while other cheese sauces can be too thin and runny.  This recipe got it just right with the cheese just ever-so-slightly crispy on the outside but perfectly creamy everywhere else.  I'll be following this recipe a lot this winter; it's the perfect cold weather dish!"

"I thought the macaroni was good but slightly bland for my taste (I always salt and pepper my macaroni, so that's probably just a personal preference, and I'm sure I would have enjoyed it just fine if I had seasoned it a little.) I liked that it had a bit of a crispy crust and a creamier center. I thought it was maybe a little dry, though, and could have been slightly creamier. But still very good. "

"I can't believe how easy it was go cook Macaroni and Cheese in the slow cooker. The recipe was from Not Your Mothers Slow Cooker cookbook and it was truly a gem to find and try. You literally just toss all the ingredients in and go! Plus thanks to just a little cooking spray at the bottom this mac and cheese didn't stick at all. I've seen a lot of slow cookers that even with spray everything sticks to the bottom, but not with this one! The mac and cheese that I tried was amazing, not only was it so easy to make it tastes divine! I mean really, it tasted like baked mac and cheese right out of the oven. So for those of us in a hurry and not time to make up that delish baked mac n cheese you've been craving, no worries, just use your slow cooker."

To enter the Facebook giveaway to win a KitchenAid® 7-quart Slow Cooker and a copy of Not Your Mother's® Slow Cooker Cookbook, go to AllFreeSlowCookerRecipes' Facebook page. 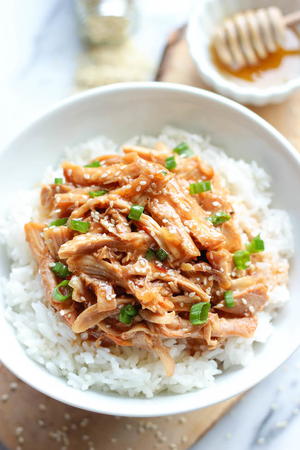 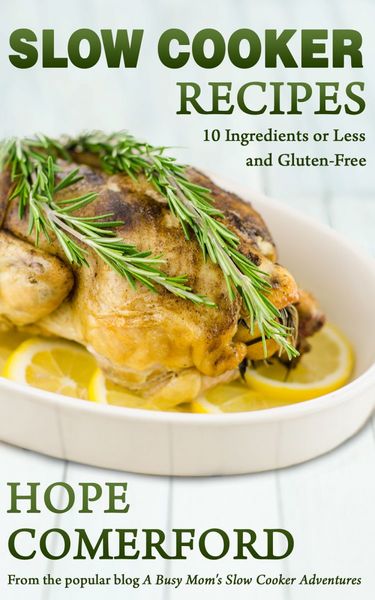 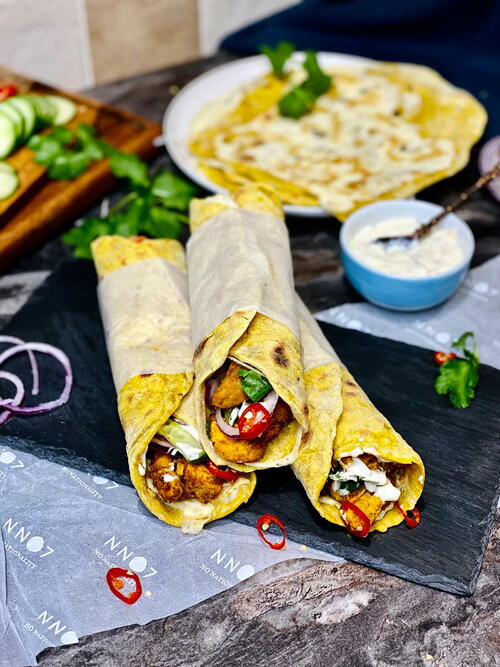